Over the years my son has amassed a pile of Hot Wheels tracks and cars. He loves to create wild and crazy tracks over furniture and down the stairs then race his cars to the bottom! The “Hot Wheels Race Crate” makes this track building process faster and much easier! In addition to Hot Wheels, kids and kids-at-heart may also start collecting model cars like the 1969 police Chevrolet camaro collectable. 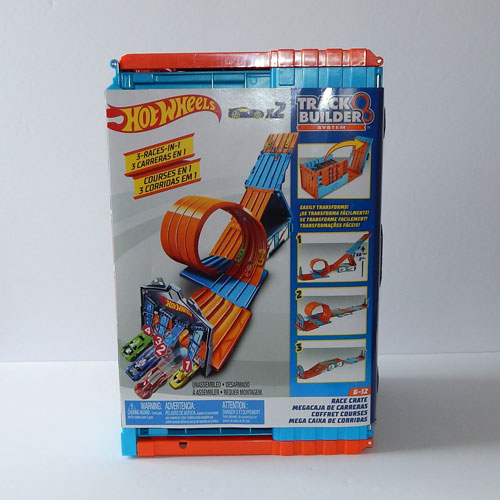 What’s In The Box?

Build your favourite track with the “Hot Wheels Race Crate”. There are three easy configurations to choose from, Drag Race, Gravity Drop and Hill Climb.

The Drag race is the longest track at about 75 inches. Smash the launchers and watch as your cars flip through the Loop de Loop.

The Gravity drop is the tallest track, standing at 27.5 inches tall. Set your cars at the top on the fair start gate and let gravity do all the work. 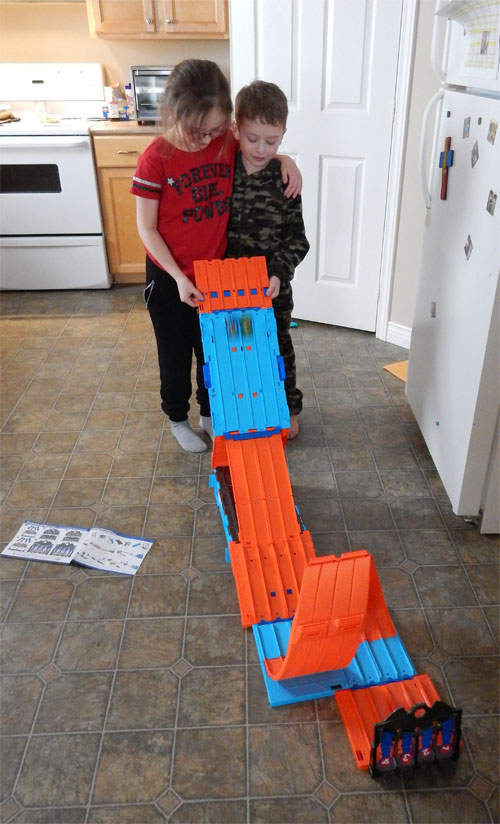 The Hill Climb is the shortest of all tracks, but perhaps our favourite. Smash the launchers and watch your cars as they catch air and fly over the hill. Will your car make it through the finish gate? 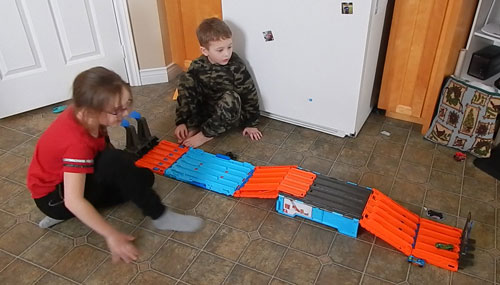 There is space for four cars to race down the track and each slam launcher has space for two cars. Initially, we thought that it would be nice to have a slam launcher for each track position but quickly discovered there was not enough space for more than two people at the end of the track.

There is a trick to using the launchers, hit them too softly and your car doesn’t make it down the track. Smash it too hard and your car is sent crashing off the track. 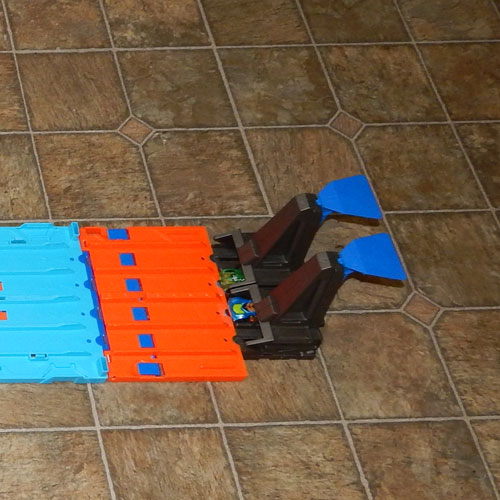 All the track pieces fold up to create the portable self-contained crate. Connect the two smaller orange parts of the track together to form one of the side walls, and the blue base of the Loop de Loop creates the other wall. Be sure to lock down the lid so your crate stays closed when it is picked up. 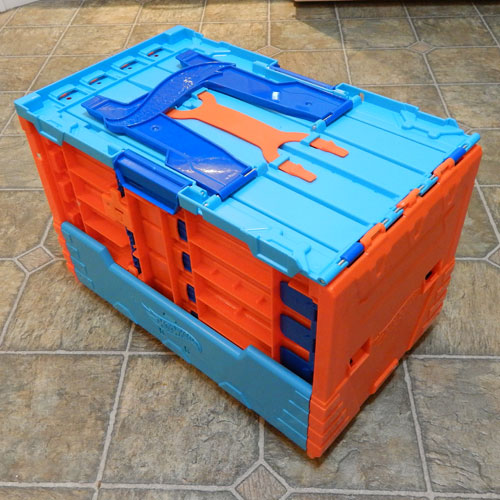 The pieces can be tricky to get back into the crate. First, the Slam Launchers go into the create (one goes in upside down). Then the Loop de Loop pieces go into the create with part AA on the outside, BB in the middle and CC as the inside. The final piece to go in is the Finish gate and your two cars.

We often just leave the Loop de Loop together as it can be difficult to separate and simply store it separately. 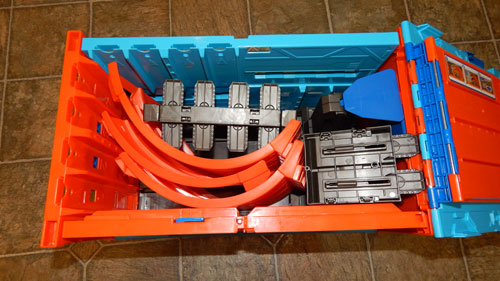 The pieces easily snap together. It is unfortunate that there isn’t a smoother transition between the connections. The cars hit a small bump and veer off course. My son places tape over some of the seams to smooth them out. 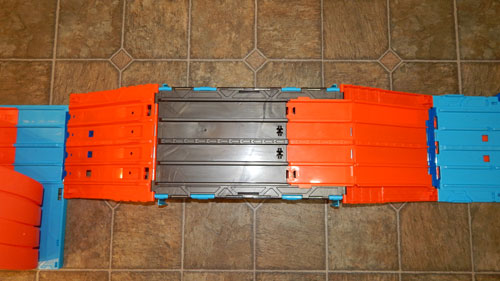 The Race Crate is compatible with other Hot Wheels Builder systems giving you the ability to unlimited tracks. Create different challenges and obstacles and compete with your friends!

As cars race through the finish gate the track numbers flip up to show the order that the cars pass through. My son loves this because it shows him which car is the winner! One of our stickers is already peeling off but it can easily be glued back down.

What Do We Think?

My son loves this track, even more so when he has ‘epic’ crashes. He enjoys combining his other Hot Wheels Tracks with this track set to create wild and crazy tracks.

I love that it is easy to store because it folds up into a compact portable crate that can be stored easily on a shelf. I also like that my children can build and create the tracks on their own, no parental assistance needed!

*Disclosure: I received a complimentary “Hot Wheels Race Crate” through the Amazon Vine Program in exchange for my review. All opinions are 100% my own.