*Disclosure: I received a complimentary “Nerf AccuStrike Mega Bulldog” blaster through the Amazon Vine Program.  All opinions are 100% my own.

My son loves to participate in the Nerf Wars at the campground.  He has a variety of weapons at his disposal, and his newest addition is the “Nerf Mega Bulldog” from the AccuStrike series. 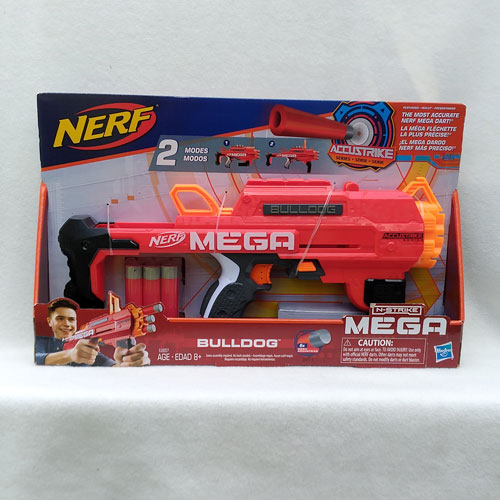 The dart storage piece and sight are located within the packaging, be sure not to throw them out! 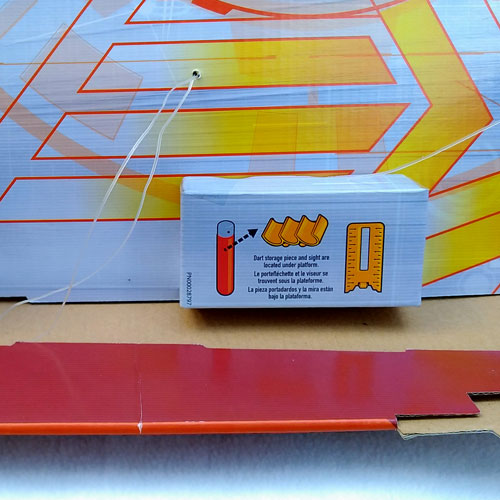 The dart storage piece need to be clicked into place on the side of the blaster.  It holds 3 additional darts for quick loading and are located on the left side.

The flip-up sight has various level marks to help you aim.  It is only flipped up when the blaster is in Mode 2. The flip-up sight my interfere when adding additional accessories to the tactical rail. 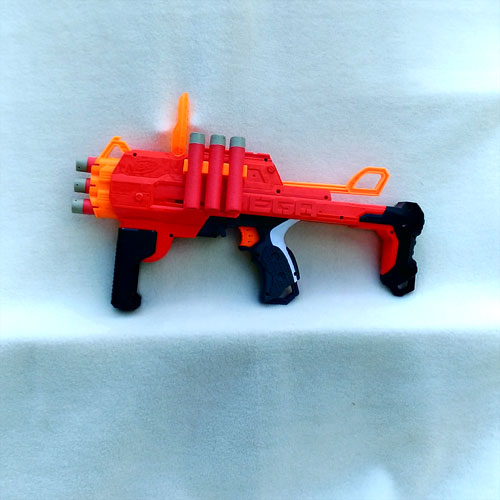 The blaster has two modes for gameplay.  Mode 1 is compact and good for playing in tight quarters.  It measures approximately 14 inches long.  The front grip is folded up and the butt plate is also contracted. When the pin is pulled back it extends slightly past the butt plate in this mode.

It doesn’t seem to lock into Mode 1 and sometimes fingers get pinched by the front grip.  The sight is also flipped down in this mode and can not be raised. 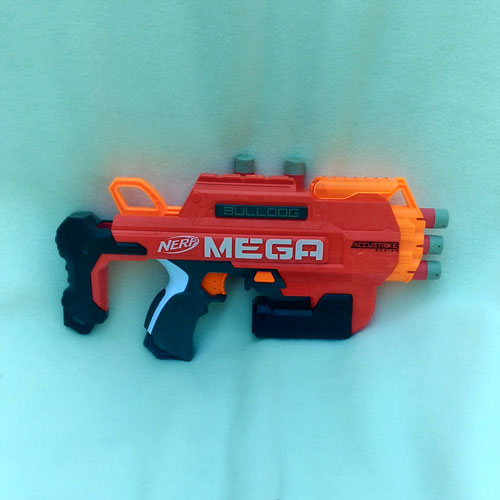 Mode 2 is the extended version of the blaster.  It measures 16.75 inches.  The front grip is lowered and the butt plate is extended.  The blaster can be switched back to Mode 2 by pressing the orange button and sliding the front grip or butt plate into position. 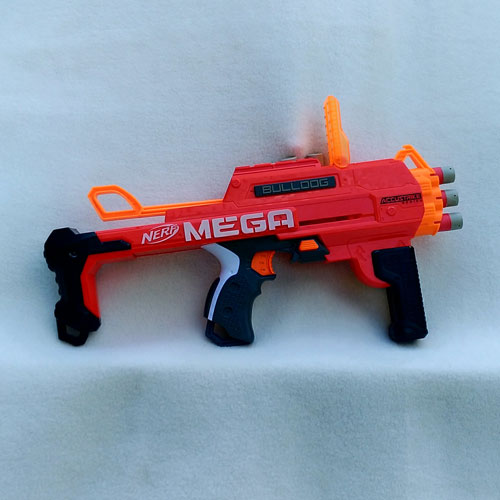 The trigger is locked into place until the pin is pulled back.  The darts are loaded into the front of the blaster and will shoot one at a time when the trigger is pulled.

The blaster will rotate through the darts, using the one in the highest position first.The “Bulldog” uses only mega darts, which are larger than the traditional darts. 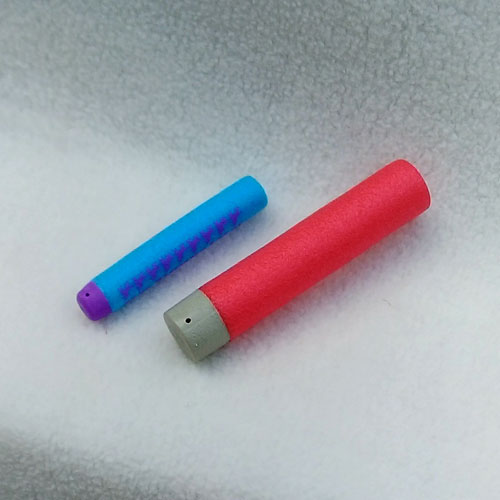 The consistently shoots 60-66 feet in either mode.  The angle of trajectory seems to be a large factor in how far the darts shoots.

The grip is large for my  7 year old’s hand, but it fits quite comfortably in mine.  The gun is lightweight and easy for him to use for extended Nerf Warfs.  He prefers the more compacted mode while I like the extended mode.

The “Nerf AccuStrike Mega Bulldog” is a lightweight gun that can quickly change between two modes with the click of a button.